For most of us, Halloween is a day full of excitement, when kids get to dress up as their favourite characters and head out for some good trick or treating fun. That’s why it’s important that you get to know the right Halloween safety tips so everyone has the best time possible. 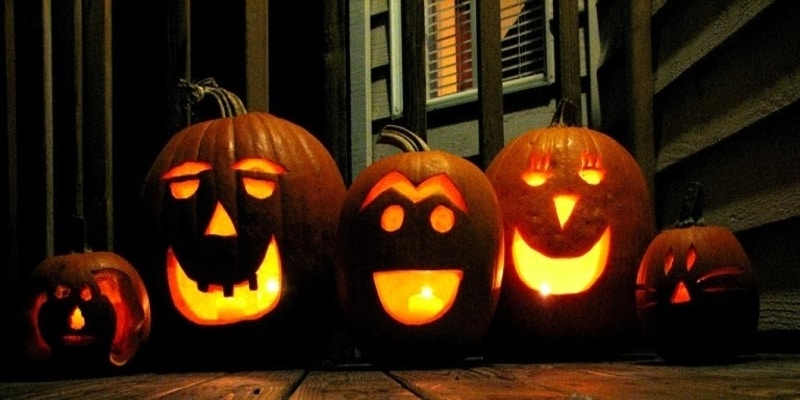 It may be an exciting day, but there are plenty of hazards we should all be on the lookout for.

Did you know that children are twice as likely to be hit by a car on Halloween than any other day of the year?

We don’t want to take the fun out of Halloween, because this is a day many of us look forward to. But it’s important to make sure that Halloween safety is the number one priority at all times.

Whether you’re on foot taking your little ones out door to door or you’re in your car driving somewhere else, always use as much caution as possible. You can never be too safe.

These Halloween safety tips will keep your kids safe and your worries in check as the spooky day arrives.

One of the fun parts of Halloween is getting together as a family and letting the creative juices flow as we carve some pumpkins. However, children should not be using sharp pumpkin carving tools as they can be dangerous to those little hands.

Pumpkins can get slippery, which poses even more of a risk for cuts and injuries.

Let your kids pick out their own designs and draw them on the pumpkin with a sharpie. Then, the parents can do the cutting and carving.

2. Plan Your Route Ahead of Time and Make Sure Your Children Know it Well

One of the first things you should do before your kids set out with their pillowcases or treat bags is plan your route ahead of time.

Sometimes streets don’t look the same when it’s dark, especially to younger children and tweens. They could become lost if they aren’t following a specific route.

Additionally, your child is inevitably going to get tired, especially if they’re still little. If you’re just taking random roads along the way, you could end up getting stuck far from your home.

Your route should complete one side of the street at a time, avoiding the zig-zag some excited kids can sometimes make. This helps keep everyone safe and off the roads as much as possible.

Masks are dangerous. They create vision issues for children and make it harder for them to see when it’s already dark outside.

Children could end up slipping or tripping on something they didn’t see, like a slippery pile of leaves. Masks could also increase their risk of getting hit by a car.

Use makeup or face paint if their costume involves their face, but always double check the product you’re using. Sometimes face paints and Halloween makeup products can trigger allergic reactions.

Make sure any kids who are going out on their own are in a group of at least 3 people. The best number is somewhere around 4 or 5, but the more the merrier.

This makes it easier for cars driving on Halloween night to see trick or treaters and slow down to avoid them. It also helps make sure kids are safe from any other threats, like kidnappers.

Every child is different in regards to maturity, and there’s no specific age where a child becomes old enough to trick or treat on their own, so make a judgement call. Generally, children age 10 or under should be accompanied by an adult, but again, you know your child.

If you’re friends with some of the other parents, get together and take all your kids in a group. You’ll have someone to talk to while the kids ring the doorbells, and you won’t have to stand alone each time.

5. Take The Route With The Fewest Street Crossings

The less your kids need to cross the street, the better. It’s safer for everyone if they stay on the sidewalk if there is one.

Make sure your kids understand that, if they need to cross the street, they should do so at a corner, a crosswalk, or a pedestrian crossing. They need to look both ways and make sure they’re absolutely positive a car isn’t coming before they cross.

6. Slow Down While Driving

Aside from obeying the law, the high volume of children on the streets is reason enough to lower your speed.

You shouldn’t be speeding down residential streets in the first place, but you should reduce your speed more than usual. This makes it easier to see any children who might suddenly run out in front of you.

The most common trick or treat times are between 5:30pm and 9:30pm. If you are going anywhere during this time, be on the lookout.

A costume that’s too constraining isn’t a good idea, either, because sometimes it can get really cold by October 31 and you’ll need to make sure there are layers underneath that outfit.

At the very least, make sure your kids are wearing comfortable shoes. If they put up a fight, tell them they can get more candy because they’ll be able to walk longer.

For example, if your little one wants to go as Cinderella, let her wear the blue dress, but skip the glass slippers. At least her feet won’t get sore after just a few minutes of walking.

Take more time than you normally would to look out for kids while you’re driving. This seems like an obvious rule, but if you’re not into Halloween, you might forget what it’s like to be a child running around in a pirate costume. You don’t exactly remember all of the safety rules.

Be aware that it’s your responsibility to make sure you’ve double checked every direction before you turn or head on through an intersection. Take extra precautions when you’re pulling in and out of driveways, too.

Children are fast, and just because you checked one direction already doesn’t mean they won’t come from out of nowhere.

9. Don’t Leave Your Jack-O-Lantern Where Someone Could Trip on it

Most of us prefer to burn real candles in our Jack-O-Lanterns because it’s just so much more authentic and spooky.

But those candles can be a fire hazard for kids coming in and out of your porch. All it takes is one princess skirt or superhero cape to graze the flame and a child could be seriously injured.

Reduce your risk of being negligent by making sure that, if you have a real candle, your pumpkin won’t be in the way.

To be sure your own child isn’t at risk while they trick or treat, make sure their costume is flame retardant and isn’t made of flammable materials.

10. Only Ring The Door Where the Light is on

Teach your kids not to ring the doorbell if the porch or entrance light isn’t on.

Firstly, they might not be home. Secondly, you can’t see your kids very well when they get to the door. Anyone who is welcoming trick or treaters will have the light on so they can see where they’re going.

If you’re driving, the main streets will be less crowded with groups of trick or treaters than the side streets.

Even if it cuts a lot of time off your journey, avoid cutting through residential areas while kids are out trick or treating. This cuts back the risk of hitting a child.

Skip your usual shortcut, just for today. It could save a life.

Drivers will have a harder time seeing your child if their costume is completely dark. While this time of year is known for the black, spooky costumes and the creepy-crawly decor, it’s also dangerous at night.

This way, cars will at least see parts of your child and know that something is walking around near them.

13. Remind Children to Stay on the Sidewalks

Some children love to get into character, as they sneak and slither or pop out of bushes to scare their friends. This can be super fun, and getting scared is all part of the day.

But make sure they only do this on the sidewalk- never on or near the road. Teach them that the sidewalk is life and to stay on there as much as possible, for their own safety.

They shouldn’t be on their own if they don’t understand this yet.

14. Check Your Kids’ Candy, Even The Horror Stories Are Urban Legends

There’s a lot of people out there who think that contaminated Halloween candy is a myth, or an outdated concept. In fact, CBC reported that the majority of tampered Halloween candy reports are actually hoaxes, and that no child has actually gotten sick or died from tainted candy in their trick or treat bag.

However, when it comes to your kid’s health and safety, no risk is worth taking.

Be on the lookout for candy that looks like it’s been unwrapped or anything that isn’t wrapped at all. At the very least, train your child to be cautious about what they eat instead of scarfing down as much as possible before bedtime.

Even if you don’t think tampered candy is a real thing, it’s a good idea to sort through the candy before your child does if they’re allergic to anything that could be in there, like nuts.

Halloween isn’t just for the children. Many adults love to enjoy a good Halloween party, where they indulge in spirits of a different nature.

There are so many ways to avoid drinking and driving it’s absurd that anyone still makes this extremely dangerous decision.

Call a cab, get a friend to be your designated driver, take a bus, or even sleep over for the night. The less drunk drivers we have on the streets, the safer we all are.

Contact Conte Jaswal if Someone Else Ruins Your Halloween

Accidents happen. But sometimes they’re caused by someone’s negligence, and that’s when it’s time to get compensation.

If your child is hurt on Halloween because a driver or homeowner was negligent, you might have a case. You and your child shouldn’t have to suffer because someone else made a stupid mistake.

Conte Jaswal’s team of experienced, empathetic personal injury lawyers in Toronto and the GTA will make sure you get the settlement you deserve. We’ll fight for you to make sure you aren’t being taken advantage of in court.

Contact Conte Jaswal to book your free consultation now and get started on taking back your life once and for all. 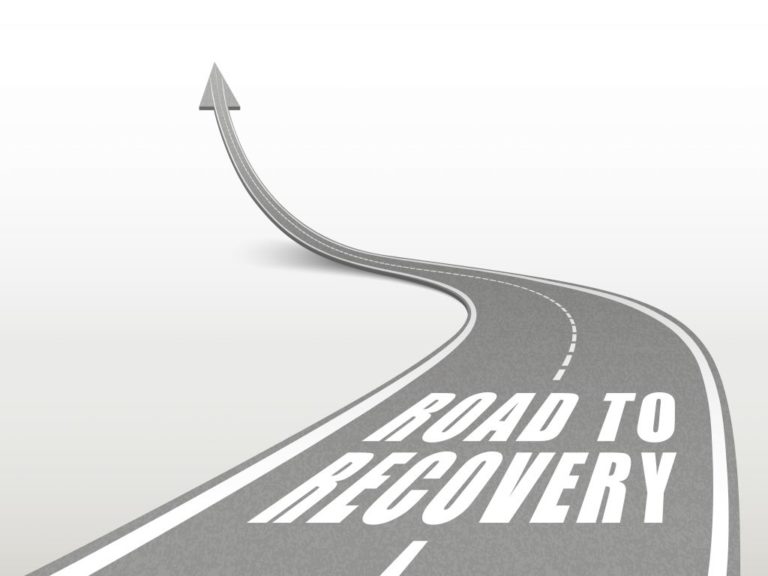 Moving Forward on the Road to Recovery 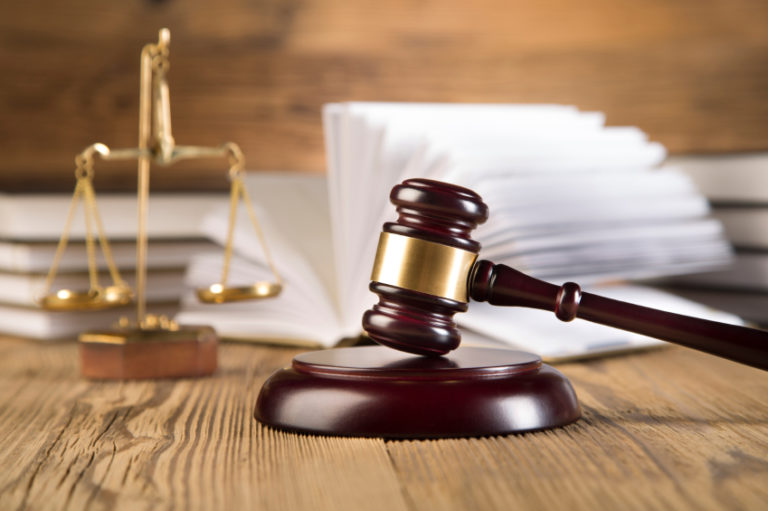 The Insurance Company Has Told Me I Don’t Need a Lawyer. Is That True?

When attempting to settle a personal injury claim, it’s common for victims to be told 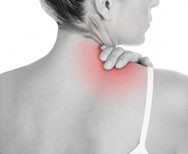 The effects of chronic pain: how a small injury can have catastrophic consequences