Injuries at Daycare: How We Can Help

The days of having one parent stay at home in order to take care of the kids are quickly becoming a thing of the past. In fact, most working families have both parents working.

This means that more and more children are being put into daycare in order to allow the parents to provide enough funds for a home, groceries, and other bills associated with having a family. Parents trust these daycares to take care of their children.

However, what happens when the daycare doesn’t? There are horror stories everywhere of daycares neglecting children to the point that they are injured or even die. This is even a parent’s nightmare. Unfortunately, many parents are in the situation in which a child has been injured or has died, and they are unsure of what to do and who to turn to.

There are several injuries that children can suffer from whey are placed into a day care. For example:

And the list goes on! Parents will notice right away in most cases if their child is not being taken care of as well as they should be. When this is the case, what should you do?

How to Respond to Daycare Injuries

If your child becomes injured at a daycare, first things first, be sure that they are getting the proper medical care and treatment. You cannot even think of having a case against a daycare facility if you cannot prove that these injuries happened. Therefore, a medical doctor will need to examine and note down what the problems are, as this could be needed for later.

Once a child has received medical care, then it is time for the parent to step up. Ask the daycare what happened and see if this story is one that could be the answer to why the injury happened. If you are not satisfied or feel that there is more than what you are being told, then you need to discuss your options with an attorney.

Neglect is Often to Blame

When you look at the numerous daycare cases that happen throughout the area, you are going to find that neglect is often the reason. These daycares may be understaffed with too many children to care for and they simply neglect several children.

It could be due to the fact that the daycare really is only into this market for the money rather than the health and welfare of the children. Whatever the reason, the obstacle when trying to sue a daycare for an injury or death is proving that they were neglectful, and this led to the injury or death. Here are a few things to keep in mind:

These two issues right here can point you to whether negligence could have been to blame for an injury or death of a child at a daycare.

Causation Must Be Proven

The above questions show that the duty of care was breached in the daycare center. However, you need to prove causation as well. This is going to a bit more demanding. It requires you to look at the surrounding events of the accident that caused the injury or the accident. For example, was there something that happened that was a freak accident?

A freak accident is often not seen as negligence, just because it is something that would not happen again or there is a slim chance of something like this happening again. However, if it is found that there were no extenuating circumstances, it could mean that the daycare was simply negligent in their care.

Once you have proved that negligence was the main reason for a child to become injured or to die, then it is time to sue the daycare center. There are several different options that you have for suing a daycare center, and this is something that your lawyer can help with.

With any of these options, you will have to have an personal injury attorney on your side. Your attorney will want to go over what happened, the types of injury that the child received, and they will also investigate into the daycare center to see if these are issues that have been experienced in the past.

The important thing for parents to remember when dealing with a daycare, is that they want to stay up to date on everything that goes on with their child. This way, they can spot issues before they lead to an injury. And if an injury were to happen, do not wait to reach out to a personal injury attorney for help.

Here at Conte Jaswal, we are here for all your personal injury needs, including if you have had a child that was injured or died to the act of a daycare center. Never should a parent have to feel like they are alone in this type of situation.
Contact us today for a FREE Consultation.

What is Post Concussion Syndrome? When you suffer a concussion, symptoms usually go away either 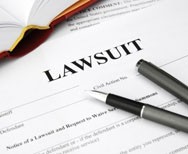 What you Need to Know about Personal Injury Law in Ontario

Dealing with the injuries sustained in an accident is tough enough. Add to that the 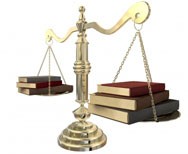 Hit and run: When going for a settlement isn’t feasible

A Personal Injury Lawyer Can Help Obtain A Suitable Settlement For Your Case These days,