What Exactly is a Hit and Run in Ontario?

More pedestrians and cyclists are involved in hit and runs than what most people realize. Every day, there seems to be a news story somewhere in the world in which a person was at a crosswalk and was hit by a vehicle.

In most cases, the driver that is responsible takes responsibility for their actions and they do not drive away. However, there are times in which drivers panic and simply drive away leaving the person who was hit on their own and in need of medical attention.

What would happen if you were involved in a hit and run and were the victim that was hit? This is something that we all do not want to think about, but it is something to be aware of.

What is a Hit and Run?

A hit and run is categorized by a driver hitting a person, cyclist or even another car, then driving off before the police arrive in hopes to get away with this crime.

Those who commit a hit and run are going to face severe legal consequences as this is a major crime and will be punished as such.

Those who do commit a hit and run against a pedestrian or cyclist could face up to 5 years in prison as this is a serious criminal offense.

What To Do If You Are Hit By a Car

For pedestrians and cyclists who like to get out and enjoy walking or riding around the city, they need to know what to do in the event that they are involved in a hit and run.

The hope is that if you are hit, the driver stops, but this is not something that can be guaranteed. In addition, you hope that other people are around who can call the police in the event that you can’t.

Effects of a Hit and Run on Pedestrians and Cyclists

Some injuries may be obvious right away, but other important injuries and issues may go unnoticed. For example, those who have been involved in a hit and run may have a fear of going back out into the streets to walk or ride their bicycle.

This comes as a form of post-traumatic stress disorder, which can then change their entire lives. This is something that your personal injury attorney can talk with you about to see if compensation can be given for loss of the life that you once knew.

In addition, other lingering effects can include the following:

For those who suffer from a hit and run the effects can be both short term and long term. And in the end, the person may find that their lives change dramatically.

In many cases, brain injuries are a serious issue that people are worried about when they are hit by a car. Keep in mind, that other issues may arise later in life from the injuries that you suffered at the hit and run.

What Happens if the Driver is Never Found

In most cases, a hit and run will result in the driver being found and charged for what they did. Thanks to the many people that are often on the streets, as well as security footage that can be found at intersections and on businesses in the area, there seems to be someone always watching.

This is good news for you, the victim. Let the police do their work and find the person that is responsible for the injuries that you have suffered. And once they do, you can then act accordingly.

We recommend that you contact a personal injury lawyer to help with your case. This often results in getting your claim seriously heard, and it may mean getting a higher compensation rate for what you have suffered. 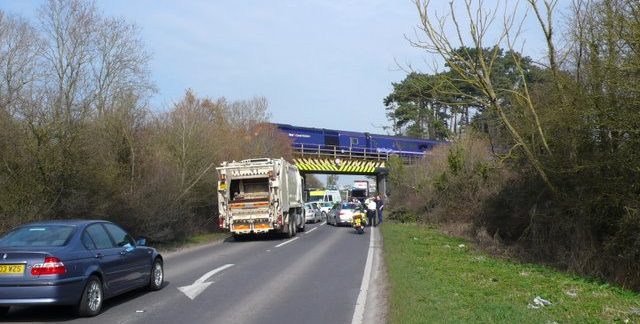 What Compensation can be Awarded

When people are involved in a hit and run, the compensation that they are awarded will be based on the level of injuries that they have, as well as the details of the incident.

For example, a person who walks in a crosswalk knowing that they shouldn’t get as much as someone who was crossing when they had the all-clear and was hit.

However, since this was a hit and run, chances are the incident details will not matter as much as what people think.

To get a fair award and help with a hit and run personal injury case, contact us today. We have worked with people who have been in your situation, and we can offer you results that you will not get on your own.

We understand the pain that you are going through, and we do our best to help alleviate the mental anguish that often comes with an accident.

What Are The Symptoms of Brain Damage? The number of traumatic brain injuries are on the rise in

Summer is a Peak Time for Brain Injuries

What Exactly is a Hit and Run in Ontario? More pedestrians and cyclists are involved in hit and

What To Do If Your Dog Bites Someone

Has Your Dog Just Bitten Someone? Dogs are considered to be a great family pet and one of the best

A Guide to Understanding Tort Law Part 2: Unintentional Tort Claims In part 1 of our 2-part series,

A Guide to Understanding Tort Law Part 1: What is an Intentional Tort? You may have heard the term

15 Halloween Safety Tips Every Parent Should Know For most of us, Halloween is a day full of

Signs and Symptoms of Brain Injury: What to Look For Before It’s Too Late

What Are The Symptoms of Brain Damage? The number of traumatic brain injuries are on the rise in
SEO & Site Design by VPDM Digital Marketing Copyright © 2019 Conte & Associates Ltd. All Rights Reserved