What to do if You’ve Experienced a Hit and Run 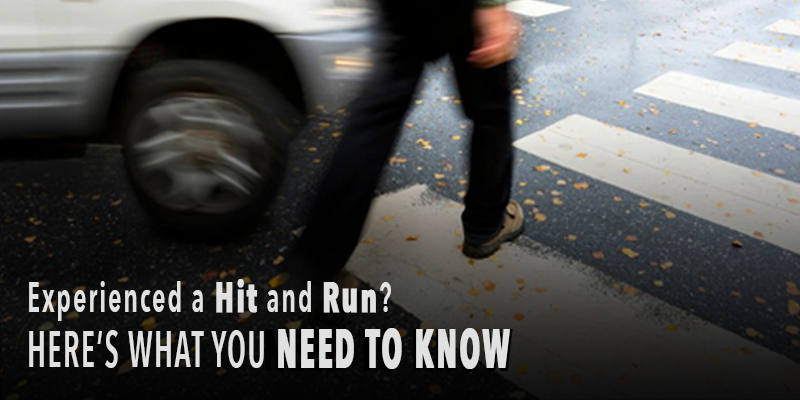 Important Tips You Need to Know About Hit and Run Accidents

Getting hit by a car is any pedestrian’s worst nightmare.

Hit and run accidents in Ontario are no joke, and can lead to some serious penalties for those involved.

No one expects to be in an accident, but when you are you might get the inclination to panic and drive away before anyone sees you. This is what the hit and run driver is thinking when they leave you behind.

If you are the victim of a hit and run, it can be really complicated to get the right information you need to make an accident benefits claim.

What is a Hit and Run?

A hit and run happens when a driver involved in a collision does not remain at the scene of the accident. This could happen in many different scenarios, from hitting a car when trying to parallel park or rear ending someone while driving and then leaving the scene.

More importantly, it happens when drivers hit pedestrians or cyclists and do not stop.

A driver who gets in an accident, whether it’s a collision with another car, motorcyclist, pedestrian, or cyclist is required by law to stay at the scene of the accident.

They are also required to provide as much assistance as possible, provide any information necessary to the police or the victim, and report the accident to the police if the damage is more than $1,000.

Anyone who does not stay at the scene of the accident is therefore breaking the law and committing a hit and run.

The official term for a hit and run is failure to remain and is punishable by law with very serious consequences, especially when the victim sustains serious, impairing injuries.

The Penalty for a Hit and Run

There are two different types of charges for a hit and run in Ontario. They can either be charged under the Criminal Code of Canada or the Highway Traffic Act.

If a driver is charged through the Criminal Code, it’s considered a criminal offence. This happens when a driver fails to stop at the accident scene.

Criminal Code hit and run charges are mostly applied when the accident involves a pedestrian or cyclist. This is also the type of hit and run offence that could leave you the victim with serious injuries, from broken bones to paralysis or even death.

When a driver is charged through the Highway Traffic Act it’s for a failure to remain at the scene of the accident and is processed as a traffic ticket. This is more so the case when someone hits your car when it’s in a parking lot, or if they hit you while you’re driving and just keep going.

What to do After You Experience a Hit and Run

The first thing you should do is try to get their license plate number. Sometimes people can drive away too fast, or they hit your car while it was parked and you didn’t see them at all.

If they hit you while you’re crossing the street, there are a lot of angles they could come from where you wouldn’t see them at all.

Reporting a hit and run is tricky, because it can be hard to get

information on the driver that hit you or your car. This is especially true if they hit your car in a parking lot while you were inside a building.

The good thing is that many buildings and parking lots have security cameras. If you happened to be walking or cycling past one of these buildings the cameras could have caught something. Some major cross walks also have red light cameras that might also help you.

If the hit and run took place in a parking lot, there’s a chance that a store’s camera feed caught something that could give you a bit of information to help catch the perpetrator. There could also be a security guard around that could have witnessed the accident.

If the driver just leaves a note on your car with no contact information, the note is pointless. The other driver is trying to get away with not having to go through insurance or pay money to you.

The other issue when the driver leaves a note is that the minimal information they provide is not always legitimate. Many people will just write down a fake phone number so that it looks like they made the effort to help you.

Hit and Runs and Your Insurance Company 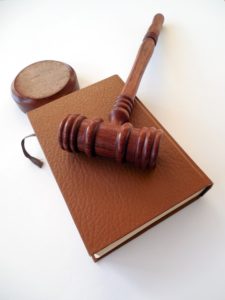 Take pictures of the damage, and then take your car to a mechanic right away to assess what repairs you’re looking at. This will provide the basis for evidence you’ll need to make your report to the police as well as your insurance claim.

It’s important to report your hit and run accident to the police within 24 hours of the event in order to classify the accident as “not at fault.” If you wait longer than this time period, your insurance company won’t be willing to give you any compensation because they’ll see the accident as your fault.

If the insurance company sees you at fault for the accident, you will not only not get your compensation, but your insurance rate could also increase.

When you have information about the driver who hit your car, you can take them to court to get the compensation you deserve.

If you’re hurt in a hit and run, you could be entitled to a major settlement in a civil suit. When you take someone to court for accident benefits, it’s much worse when the driver has fled the scene.

This is especially true when you’re hit as a pedestrian or a cyclist. These hit and run accidents are extremely dangerous and can lead to severe injuries due to careless driving.

In Ontario, new driving laws in 2016 have made it illegal and increased fines for turning if a pedestrian is still in the crosswalk, regardless of what end of the crosswalk they are in. So if someone does this and hits you, they are breaking the law in multiple ways, leading to multiple charges.

When someone hits you as a pedestrian or cyclist, they are more than likely going to face jail time, especially if your injuries are serious.

Legally, when a car accident happens, both drivers are obligated to remain at the scene to ensure the other driver’s’ well-being. By fleeing, the driver is implying that they don’t feel any remorse or sympathy for their actions.

You can sue the other driver for negligence, among other charges depending on the specific case. Depending on how they are charged, they could face potential jail time as well.

Make Sure You Pick the Best Personal Injury Lawyer

When someone hits you with their car and then drives away, leaving you behind on your own, it can be traumatizing.
At Conte & Associates, we sympathize with you and understand the pain that you’re going through. That’s why we fight aggressively for each and every client, making sure that you get the settlement you deserve.
We are a personal injury law firm in Whitby and Oshawa, working with the best experts in Ontario to get you the help you need as soon as you need it. Contact us today for a consultation.

What Are The Symptoms of Brain Damage? The number of traumatic brain injuries are on the rise in

Summer is a Peak Time for Brain Injuries

What Exactly is a Hit and Run in Ontario? More pedestrians and cyclists are involved in hit and

What To Do If Your Dog Bites Someone

Has Your Dog Just Bitten Someone? Dogs are considered to be a great family pet and one of the best

A Guide to Understanding Tort Law Part 2: Unintentional Tort Claims In part 1 of our 2-part series,

A Guide to Understanding Tort Law Part 1: What is an Intentional Tort? You may have heard the term

15 Halloween Safety Tips Every Parent Should Know For most of us, Halloween is a day full of

Signs and Symptoms of Brain Injury: What to Look For Before It’s Too Late

What Are The Symptoms of Brain Damage? The number of traumatic brain injuries are on the rise in
SEO & Site Design by VPDM Digital Marketing Copyright © 2016 Conte & Associates Ltd. All Rights Reserved